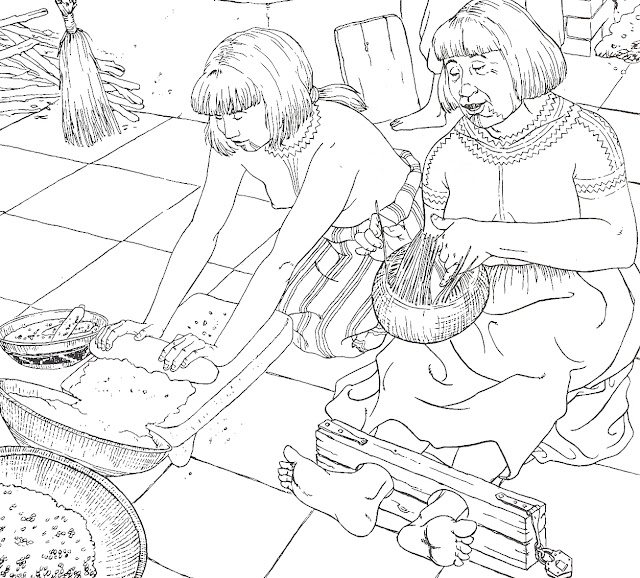 DEAR SIERRA: AN OPEN LETTER TO CALIFORNIA FOURTH GRADERS
by Professor Deborah A. Miranda (Ohlone/Costanoan Esselen Nation)
Dear Sierra,
My sister Louise passed your message on to me; she's very busy as Chair of our tribe, and often asks me for my 2 cents worth when fourth graders write to her. You wanted to know the Ohlone-Esselen-Costanoan opinion of the missions.
That's a tough question. The truth is, California Indians were doing fine before the Spanish, Mexicans and Americans arrived. We had everything we needed, including our own religions, leaders, music, languages, homes, families, foods, jobs and education. Our ways were different from the ways of Europeans, however, so they thought we needed "civilizing." When a people has religion, music, language, culture, education, and so on, however, that means they already are civilized. To force European culture on our culture was a huge mistake.
Our Ancestors were curious about the Spanish, of course, and about their religion, but we should have been allowed to decide for ourselves what we wanted. Instead, the missionaries made that decision for us. Of course, none of the Indians knew what baptism really meant, since for many years, no Spaniards knew any of our many languages.
Can you imagine trying to go to your confirmation classes or learn a catechism when you don’t even speak the language – and then, the teachers beat you with hard, thick leather whips if you are upset? This was the situation our Ancestors found themselves in when the Spanish priests arrived.
Recently, Professor Jonathan Cordero, who is Ohlone/Chumash (California tribes) and teaches at California Lutheran University, published his research that shows how few California Indians truly converted, and how many of those converts subsequently died. Professor Cordero writes,

“Based on the Spanish records kept by the missionaries themselves, less than five percent of all baptized California Indians voluntarily converted (i.e., genuinely converted as opposed to simply having been baptized) to Christianity, and the vast majority of converts held a syncretistic faith comprised of both native and Catholic beliefs.
On the other hand, nearly eighty percent of all baptized natives died prematurely. In other words, five of every one hundred baptized Indians was genuinely converted, while eighty of every one hundred died an untimely death.
The high death rates for Indians did not result primarily from epidemic diseases as is commonly reported. Instead, the austere living and working conditions at the missions contributed to rates of death that grossly exceeded birth rates and that consequently led to the near destruction of native populations in a manner more severe than in Baja California.”

Civilized people don't hurt other people for being different. Many Indians do not think the Spanish were very civilized. Even during Junipero Serra’s time, visitors to the missions from Europe wrote letters and diaries saying, “This is as bad as the slave plantations in our colonies [in the West Indies]” and an explorer named Kotzebue wrote that “ … the soldiers attacked the Indian villages by night, lassoed the Indians, and dragged them back at their horses’ tails to slavery in the missions.”
As we know, making slaves out of people is not something a civilized nation should do.
The Missionaries did a lot of things that hurt Indian people and families. For example, all little girls over the age of 7 had to go sleep in the monjerio, a small building with no bathroom and small windows way up taller than anyone could reach. These rooms were dark, smelly and dirty, and the young women and girls kept in there got sick from germs and lack of fresh air. They were also very homesick for their families. It must have been scary to be away from their moms, dads, and siblings all night.
The Spaniards whipped Indians – men, women and children - if they broke any of the priest's rules. In our Native culture, we did not rely on physical punishment to discipline our people, so being whipped or put into stocks or chains was very frightening. Many Indians didn't agree with, or understand, the Spanish rules, but were punished even more if they protested or tried to run away.
You asked about favorite priests. The Spanish priests, and later the Mexican priests, were human beings with the same gifts and flaws as anyone else. So, some priests were considered 'kind' and others were considered 'mean.' But even a ‘kind’ priest world keep Indians in the missions against their will, have Indians whipped for leaving or for breaking other Spanish rules. Father Junipero Serra, for instance, wrote in his letters about how much he loved the Indians, and how badly he felt when the Spanish soldiers hurt or killed Indians. But even though Father Serra knew that the missions caused many terrible problems and deaths for Indians, he still did not change how he went about trying to convert Indians to Catholicism. He still believed that the Catholic Spaniard's way of being human was the ONLY way of being human, and that Indians – even the very old and wise! – were “children” who needed him to be their “father.”
This way of thinking is called "colonization." Colonization (or in California what we call "Missionization") was the belief that Indians needed to be taught how to live like Spaniards even if those Indians didn’t want or need to be taught.
Other Spanish priests who came to California, like a man named Father Horra, saw what was happening to Indians in the missions, and spoke out against it. The Church said these men had “gone insane” and sent them back to Mexico or Spain. Is it crazy to want to stop killing people?
Even as far back as 1552, a priest named Bartolomé de las Casas decided that enslaving and killing Indians was wrong, and wrote an honest report about it. Father Junipero Serra and all the other Spanish missionaries knew about this report.
In short, Missionization was a disaster for California Indians. The average Indian baby born in a California mission only lived to be 7 or 8 years old. Also, because of a European-American disease called syphilis, many Indian men and women could no longer have babies. It became harder and harder to maintain our population when so many were dying of starvation, over-work, and disease.
In the 65 years that the California Missions were run by the Catholic Church, the numbers of California Indians went from about one million to 350,000.
Can you imagine if 8 out of every 10 people you know died from being taken over by another group of people who showed up in your town and took over? Nowadays we call that bullying.
So mostly, the missions were not that much fun for Indians. But some of us did survive. We are still fighting for simple human rights like religion, education, languages, health care, and the honoring of our Ancestor’s remains (construction often leads to the digging up of Native burial grounds or sacred places).
I hope you learn a lot about the missions and the California Indians who had to live there. It was a crazy time, a hard time, and a sad time. My sister and I want our Ancestors to be proud of us. We are only here because a few of them managed to survive, and used up all of their strength so we could live. But we know who we are, and we work every day to make our Nation stronger.
Good luck with your project,
Professor Deborah A. Miranda
Ohlone-Costanoan Esselen Nation of the Greater Monterey Bay Area 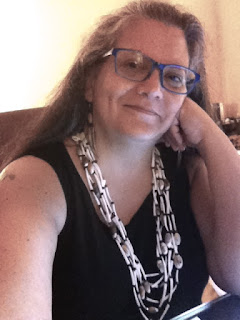 author of Bad Indians: A Tribal Memoir
https://heydaybooks.com/book/bad-indians/
Washington and Lee University
[updated 2015]
Posted by Deborah A. Miranda at 4:13 PM No comments: